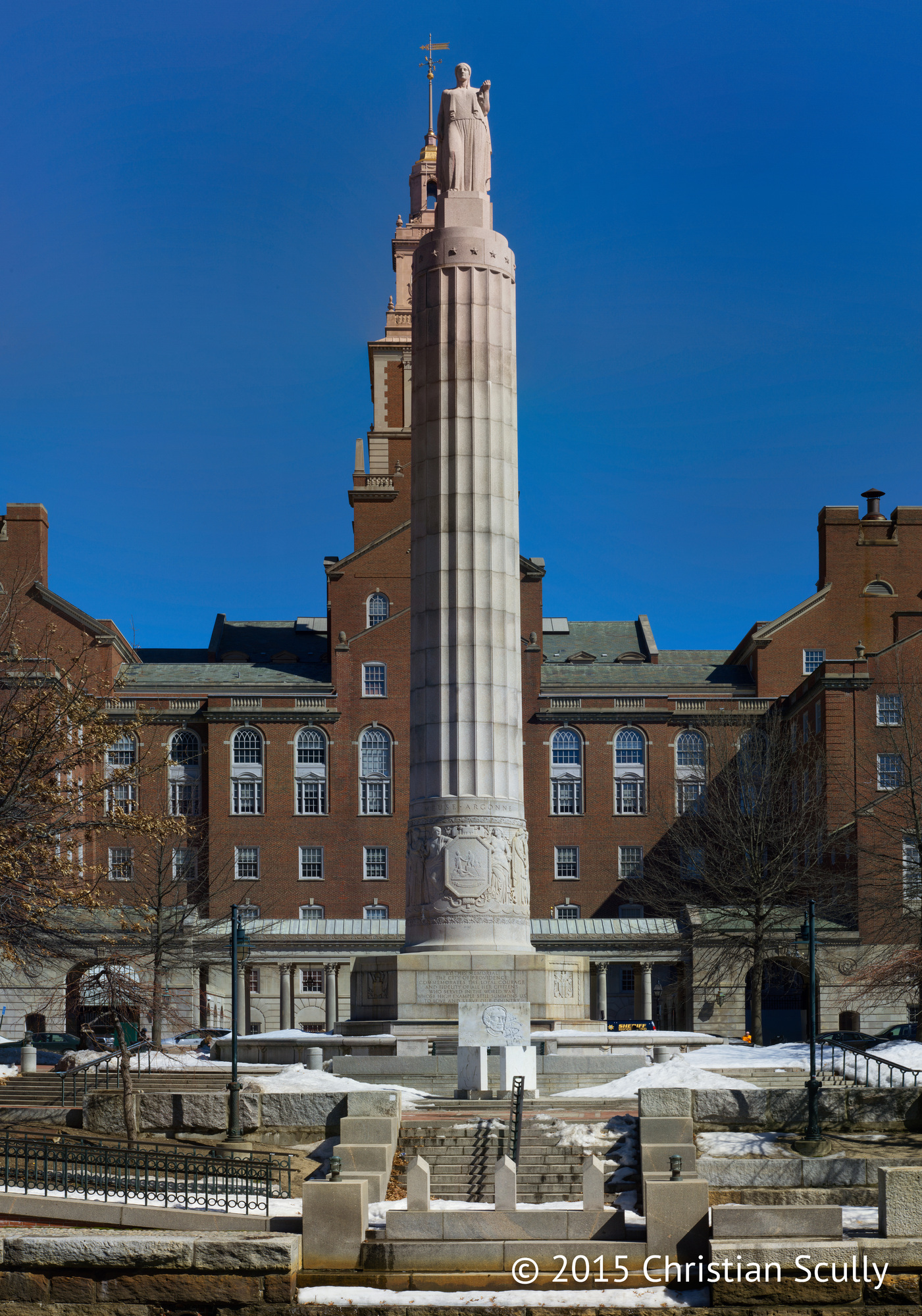 She sits atop one of the tallest of the City's monuments keeping a watchful eye over the Providence River, casting a long shadow on the Licht Judicial Center behind her. She represents a heroic figure of Peace and adorns the 150' tall, fluted, Westerly granite column that was erected in 1929 as a memorial to the Rhode Island soldiers who defended our freedom in the First World War. 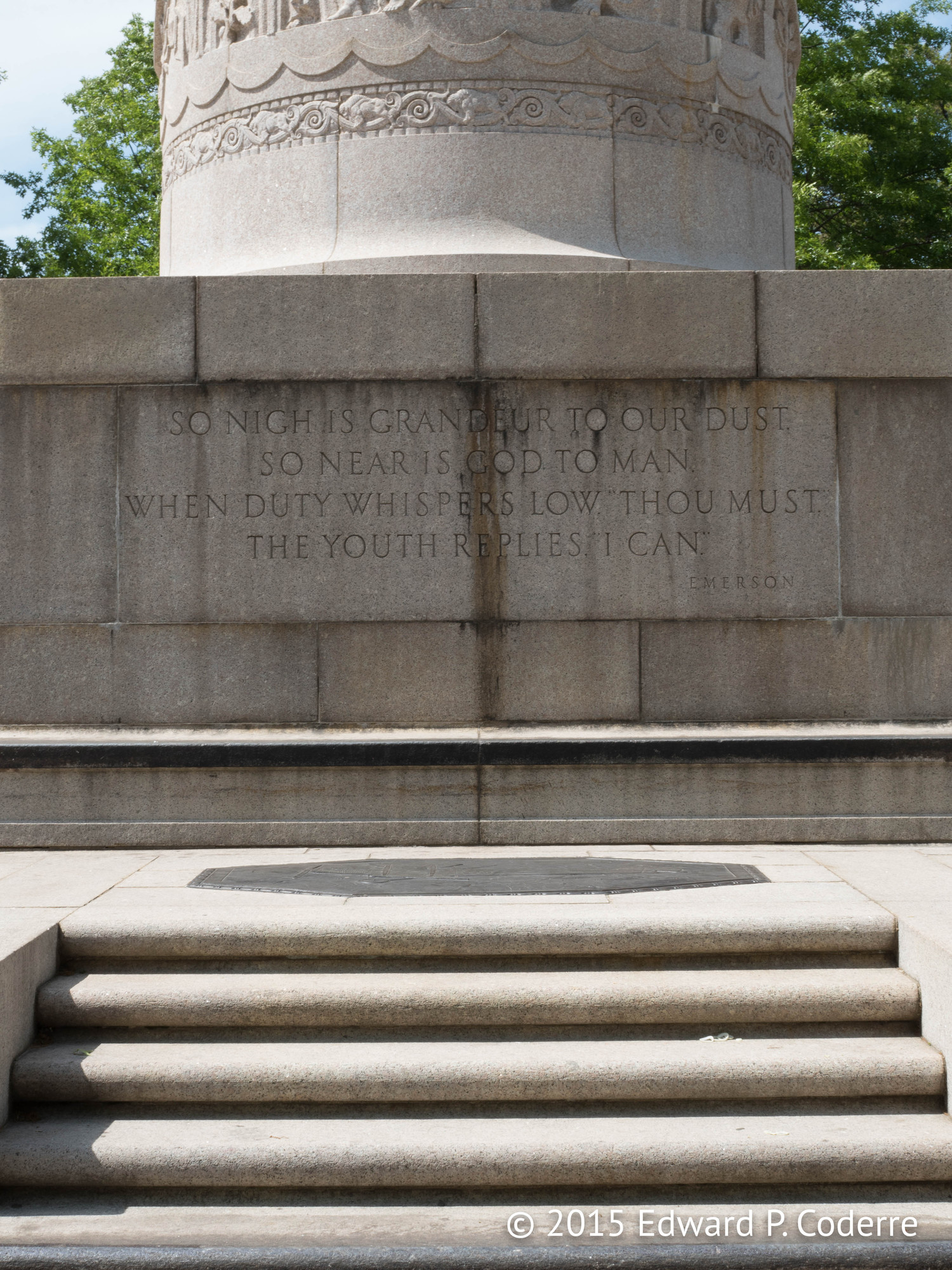 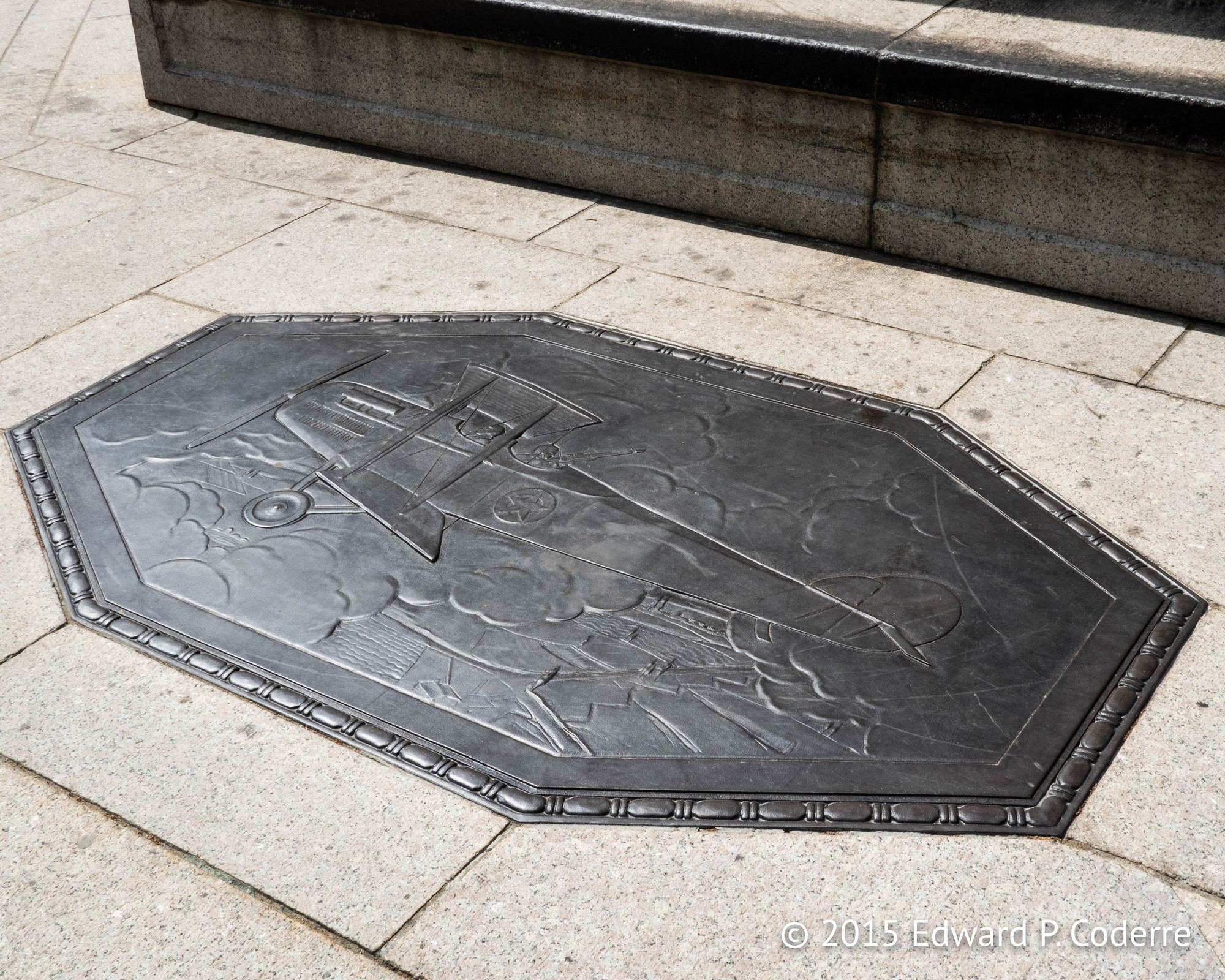 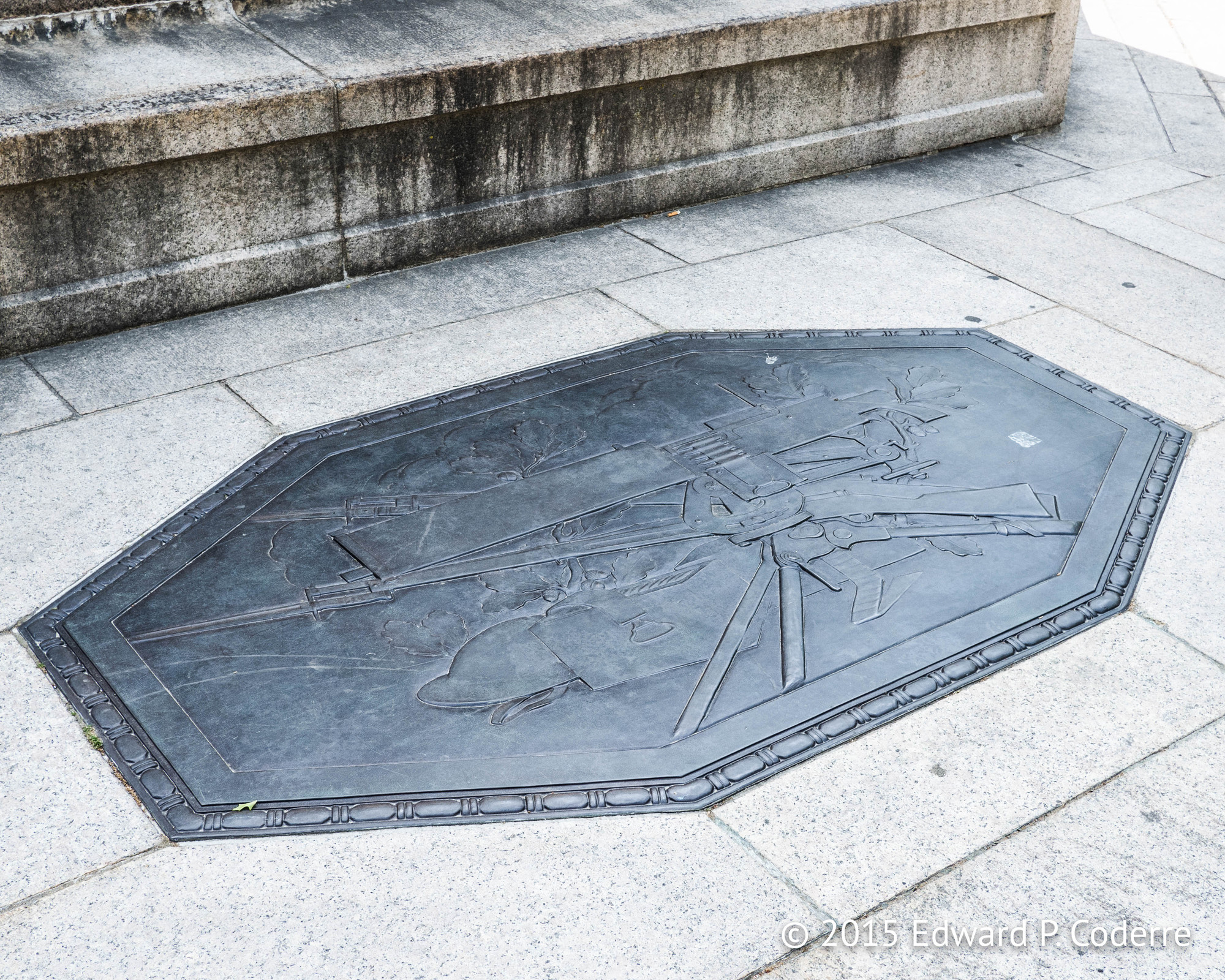 At its polygonal base are steps leading to the shaft from every direction. The first step is decorated with bronze panels depicting ships, planes, etc. The plinth contains four large faces inscribed with words from the City's dedication of the monument and quotes from Lincoln, Wilson and Emerson. Between each face is an insignia of a different branch of military service. 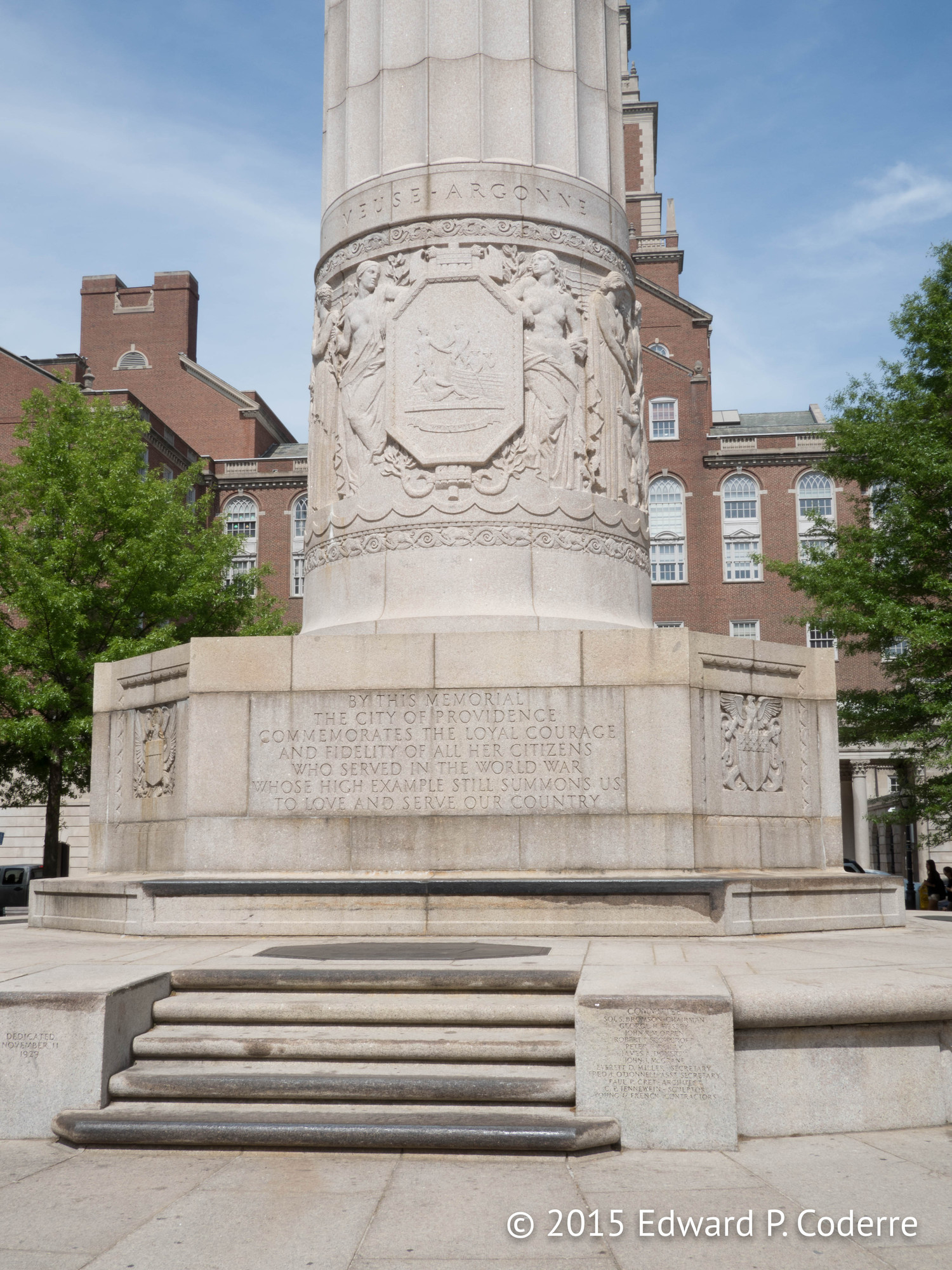 The lower part of the column contains a memorial frieze (base) representing the virtues of the Rhode Islanders that participated in the war effort. The names of all the major battles of the War in which they fought are emblazoned above the frieze, the ornamental sculptured band that horizontally encircles the shaft. 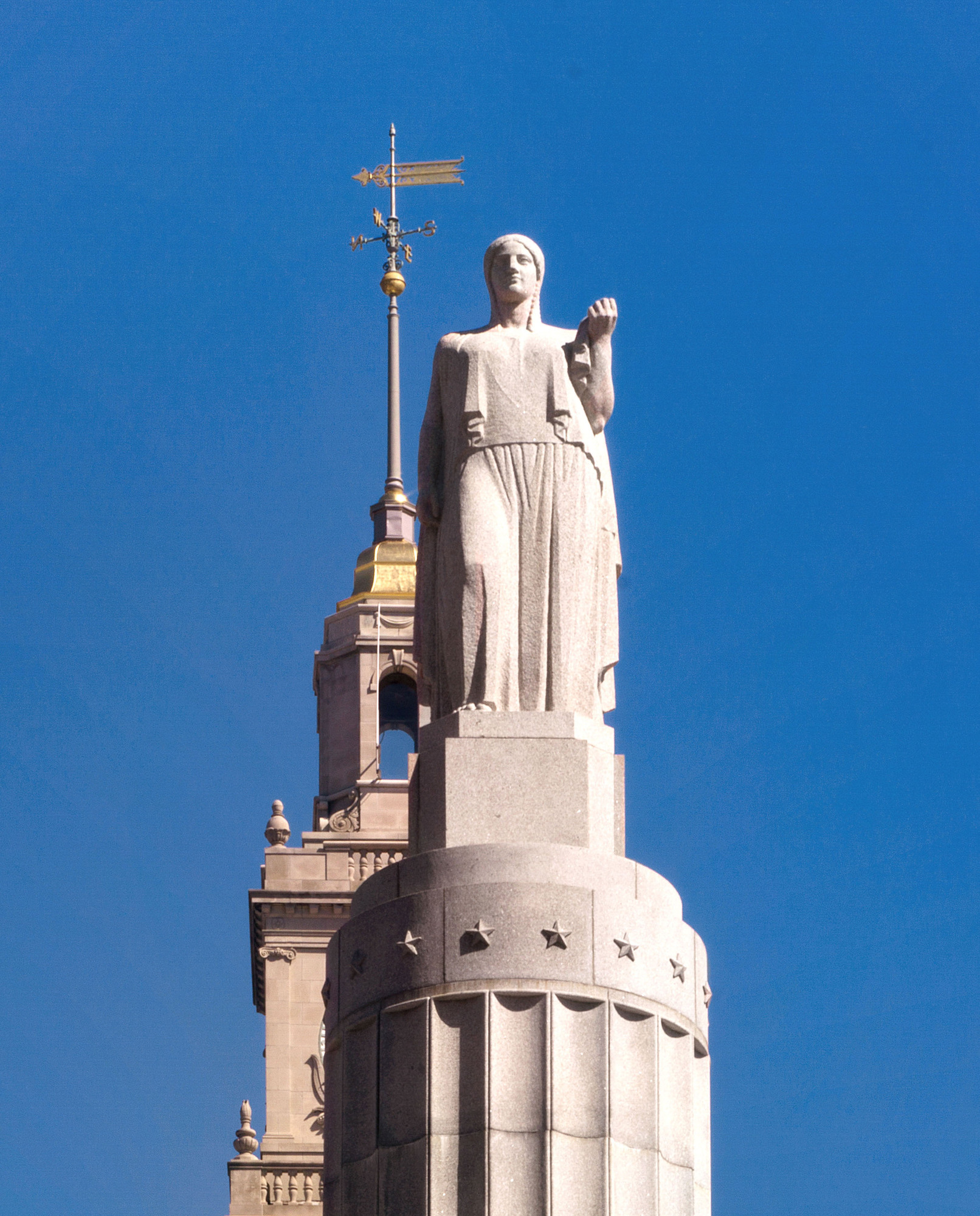 The monument was commissioned by the City of Providence and the design was the result of a competition won by architect Paul Cret whose other local designs include the football stadium at Brown University. The female figure of Peace was designed by Paul C. Jennewein and sculpted by Italian sculptor Vincenzo Fiorito.