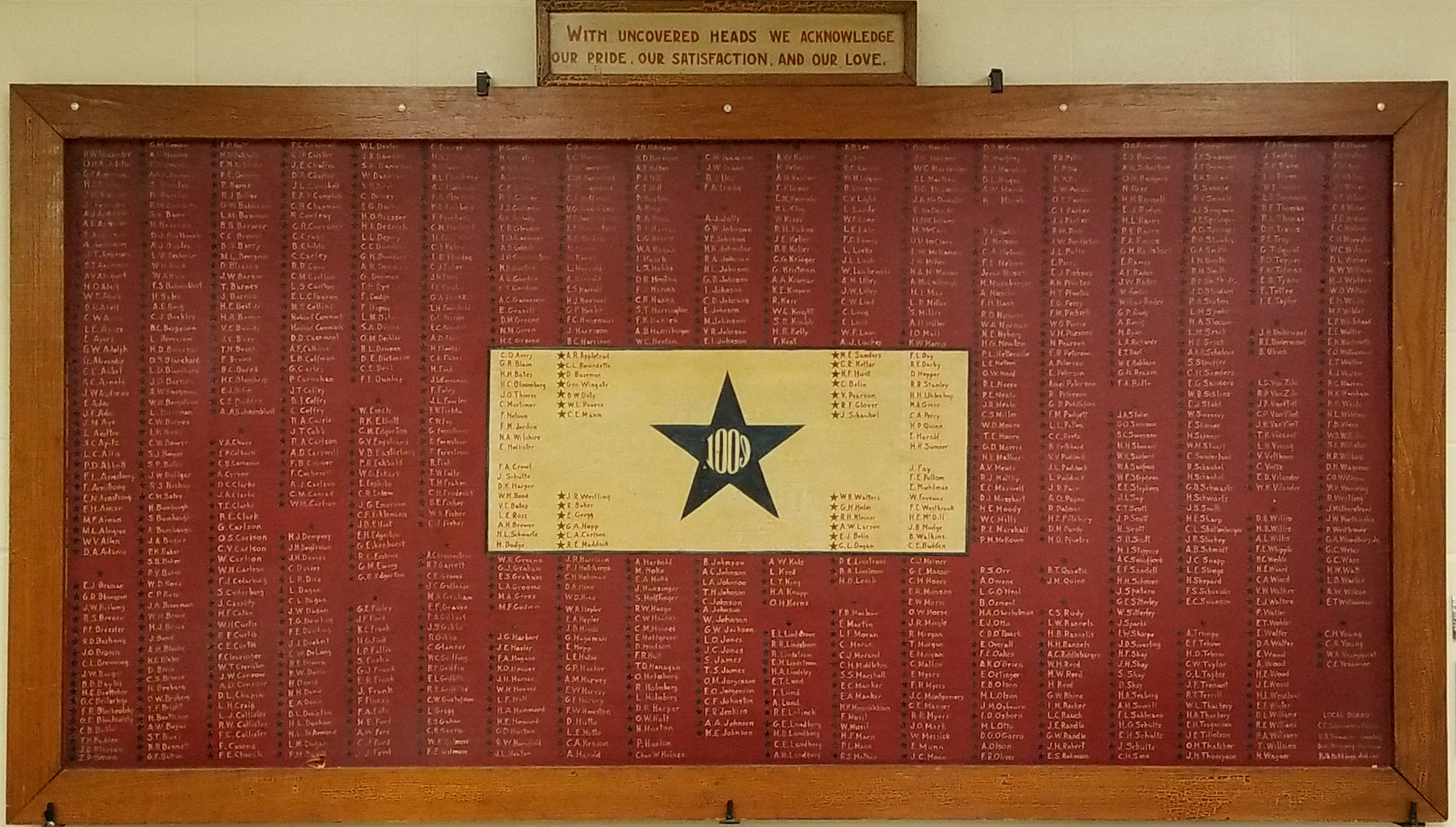 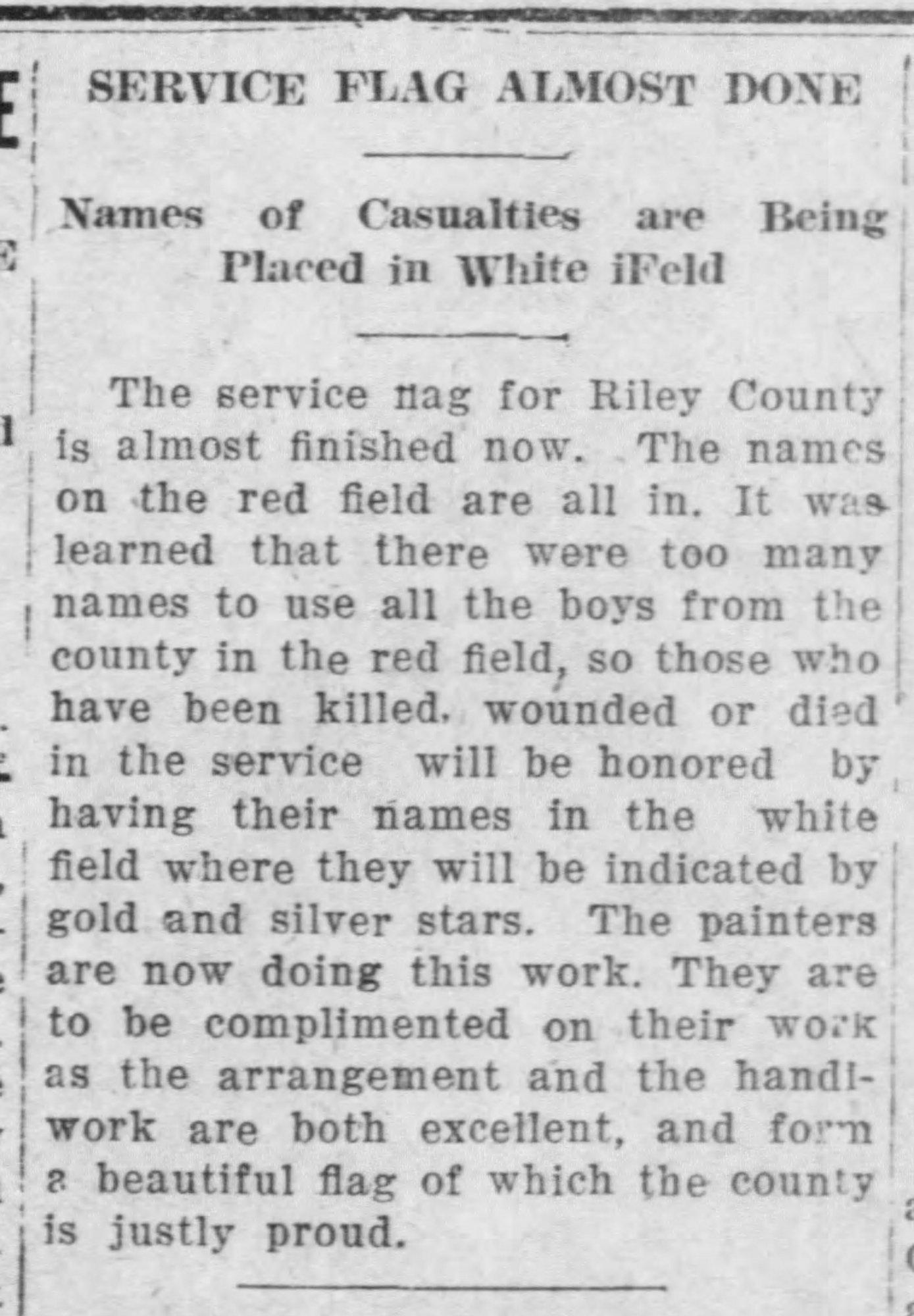 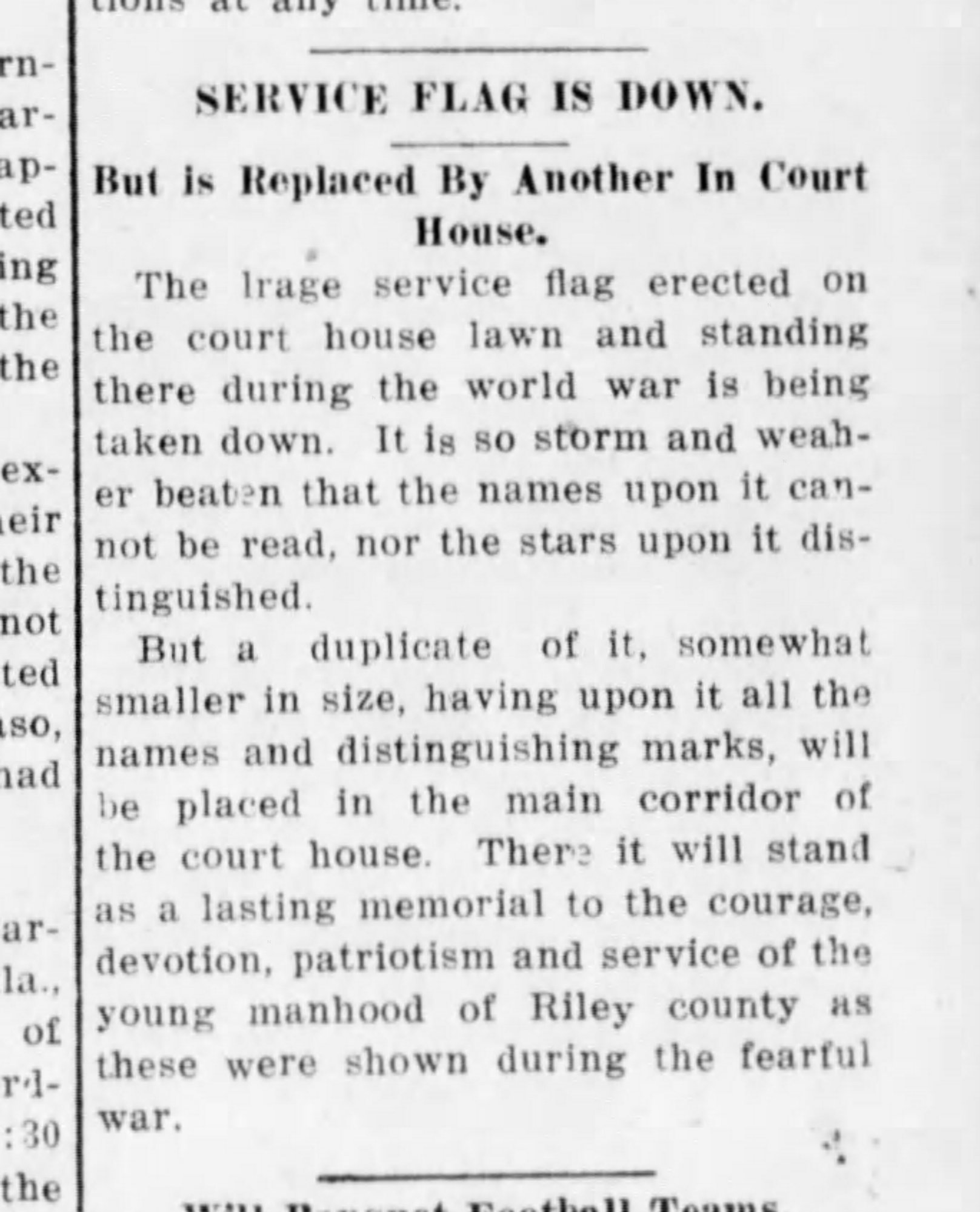 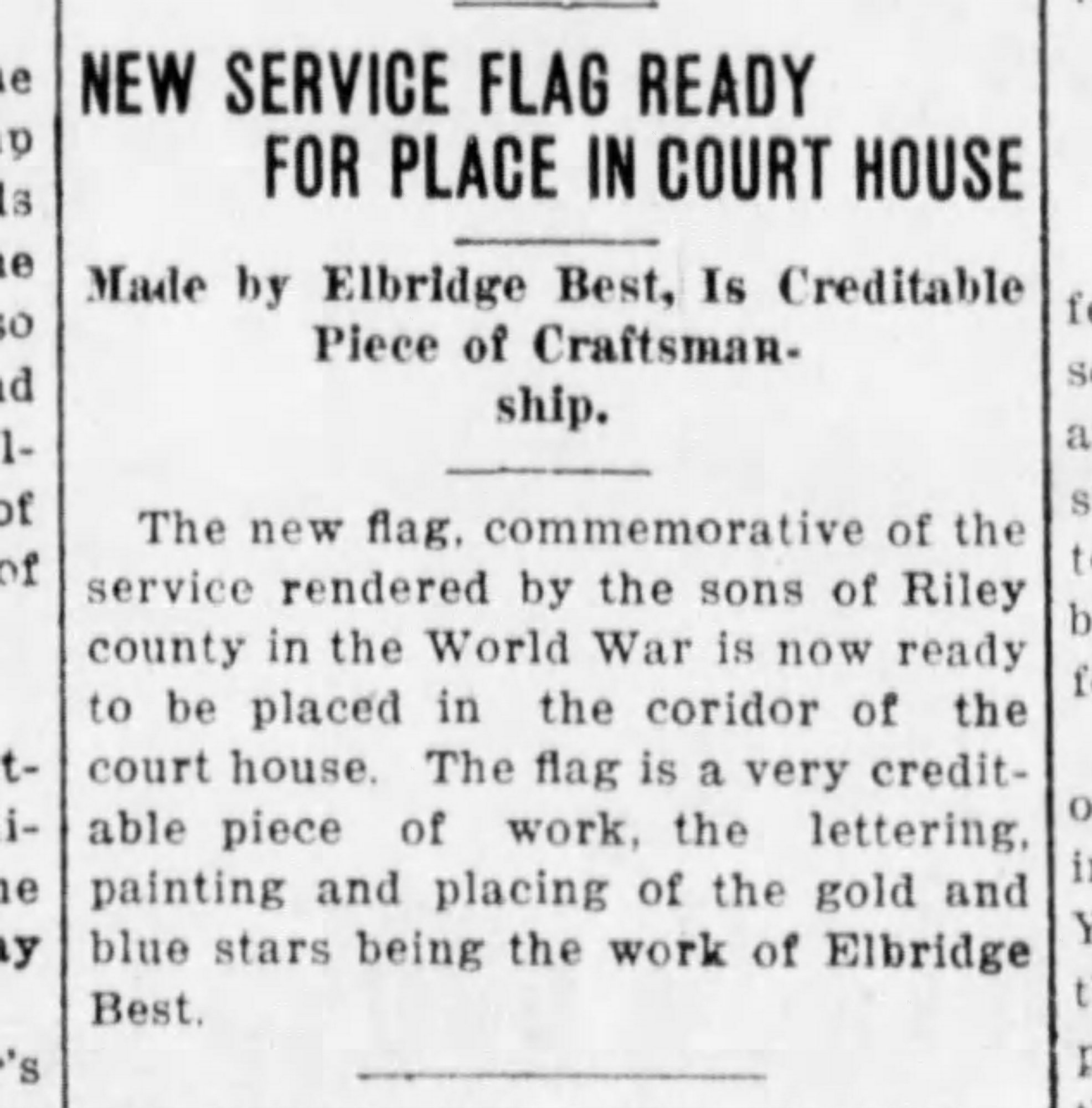 The Riley County Service Plaque, constructed in 1920, contains the hand-painted names (alphabetically) of 1,009 Riley County soldiers who served during the war. Most of the names are written in white against a red background. But twenty-seven Gold Star names are listed against a white painted background in the center of the plaque. In the center of this section, a blue star encloses the number 1009.

The plaque was painted by Elbridge Best, described in the press as a "fancy sign painter." The frame is constructed of wood, and the primary section is Masonite. It measures 53” tall and 103” wide. It was originally installed in the main corridor of the Riley County Courthouse in Manhattan, Kansas, probably in January 1921, but around 1985 it was donated to the Riley County Historical Museum.

Though measuring about four-and-half-feet tall by eight-and-a-half-feet wide (53" x 103"), the 1920 plaque is actually a smaller version of a similar service plaque (or service flag, as it was called at the time) that was dedicated outside the Riley County Courthouse on November 10, 1918 (the day before the Armistice). Major General Wood from Camp Funston presented the dedication address, paying the “highest tribute to all Kansas boys at Camp Funston and overseas for their good work.” The dedication service was postponed to this date (Nov. 1918), from one scheduled earlier in October, due to fears of the spreading Spanish Influenza epidemic.

The original plaque, which included the number “865” on the center star for the number of soldiers listed, was removed from the courthouse lawn in December 1920 due to extensive damage from weather. It was likely repurposed or discarded following its removal. The second, smaller plaque was created with the additional names of Riley County soldiers who served, totaling 1,009.