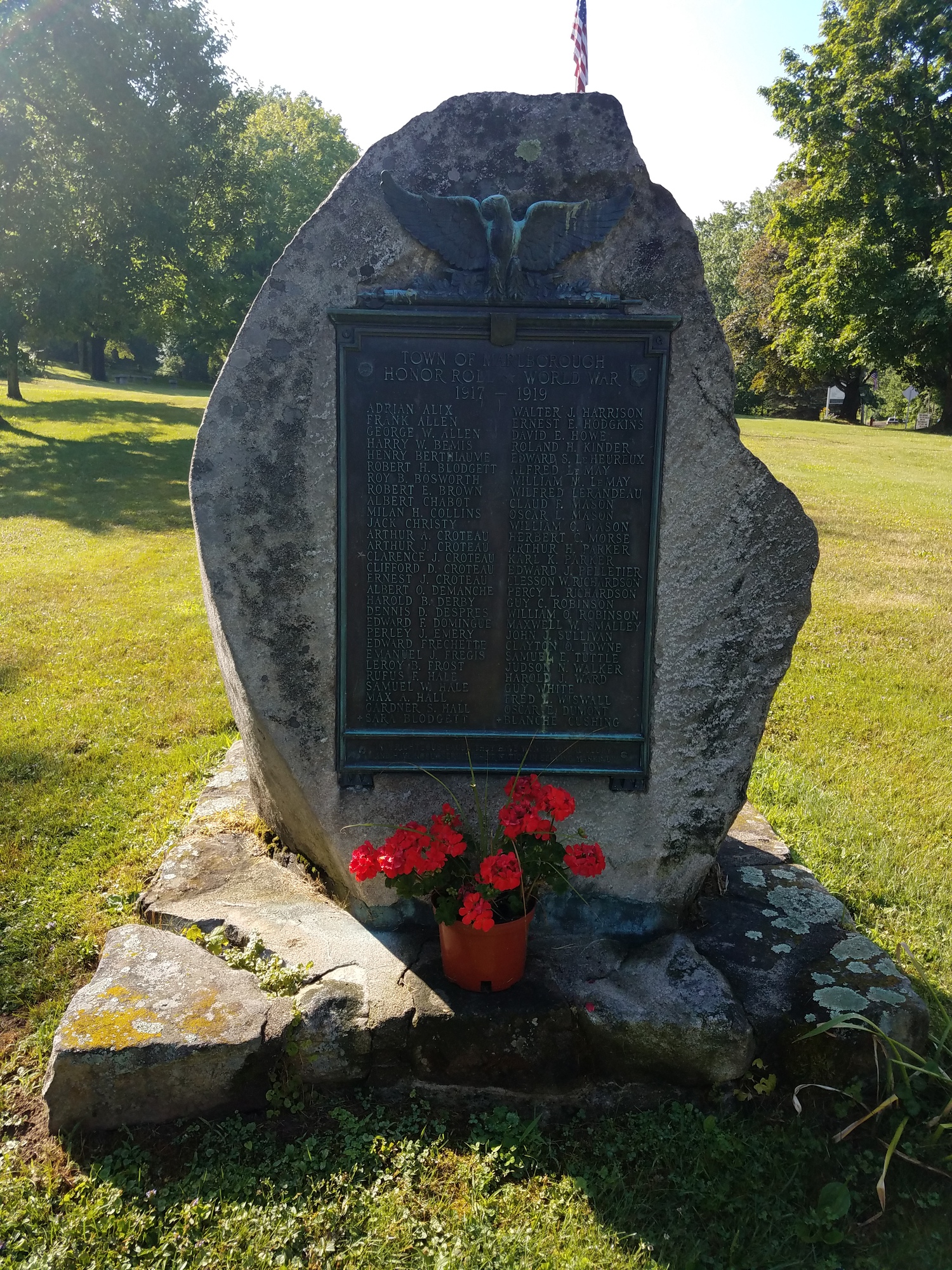 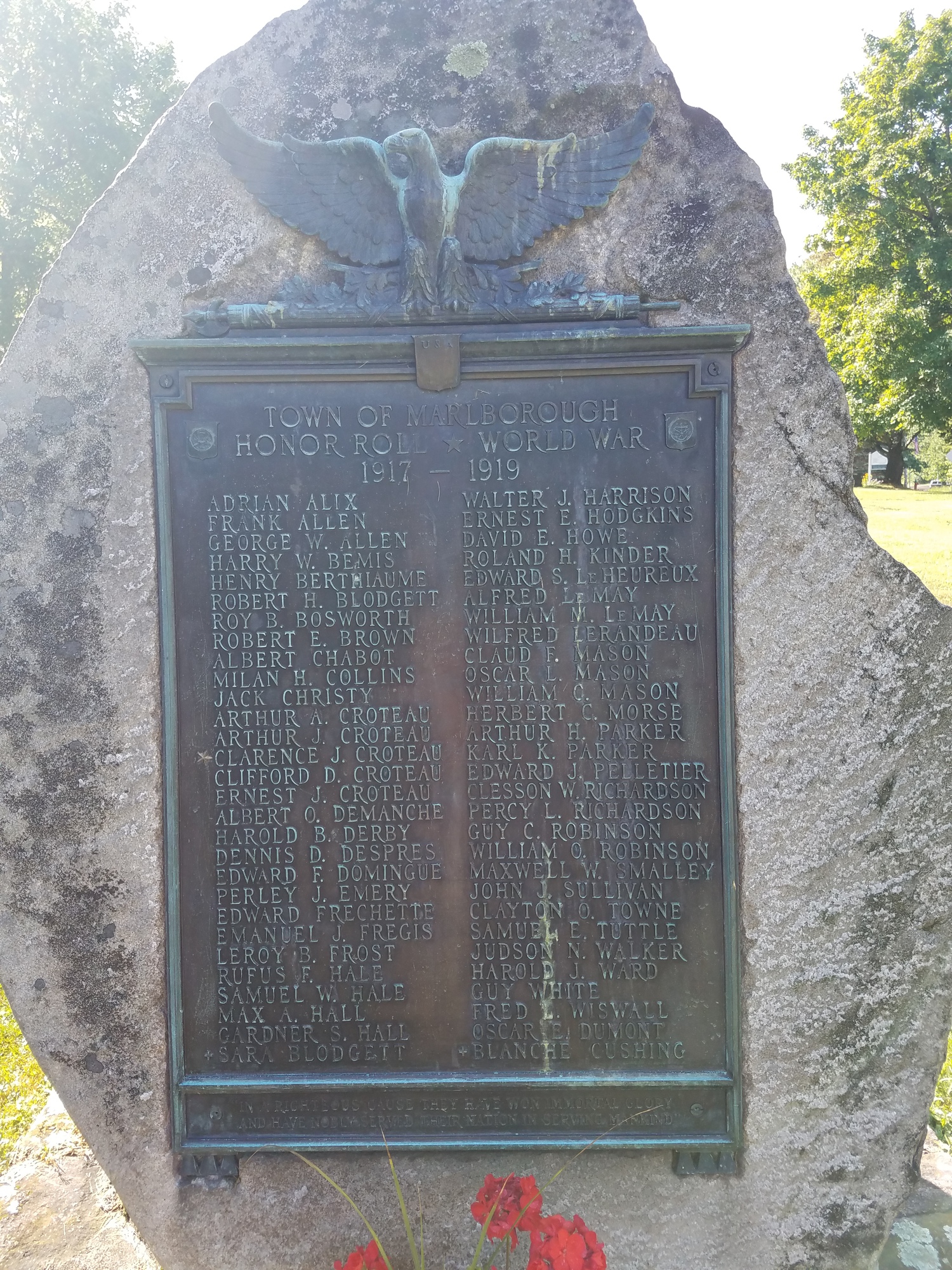 The Marlborough World War I Memorial, which stands in front of the Frost Free Library near Civil War and World War II memorials, comprises a bronze honor roll affixed to a boulder. At the top of the plaque, an eagle stands atop a horizontally aligned fasces. Six tassel-like projections are visible at bottom.

The honor roll lists 58 names in two columns in alphabetical order, without rank. Three names at the bottom appear to be later additions; two of these appear to be nurses, denoted by a cross next to their names. One name, Clarence J. Croteau, is starred, indicating that he died in service.

The inscription at top is:

The bottom inscription is taken from President Wilson's 1918 Thanksgiving Proclamation, issued soon after the Armistice: