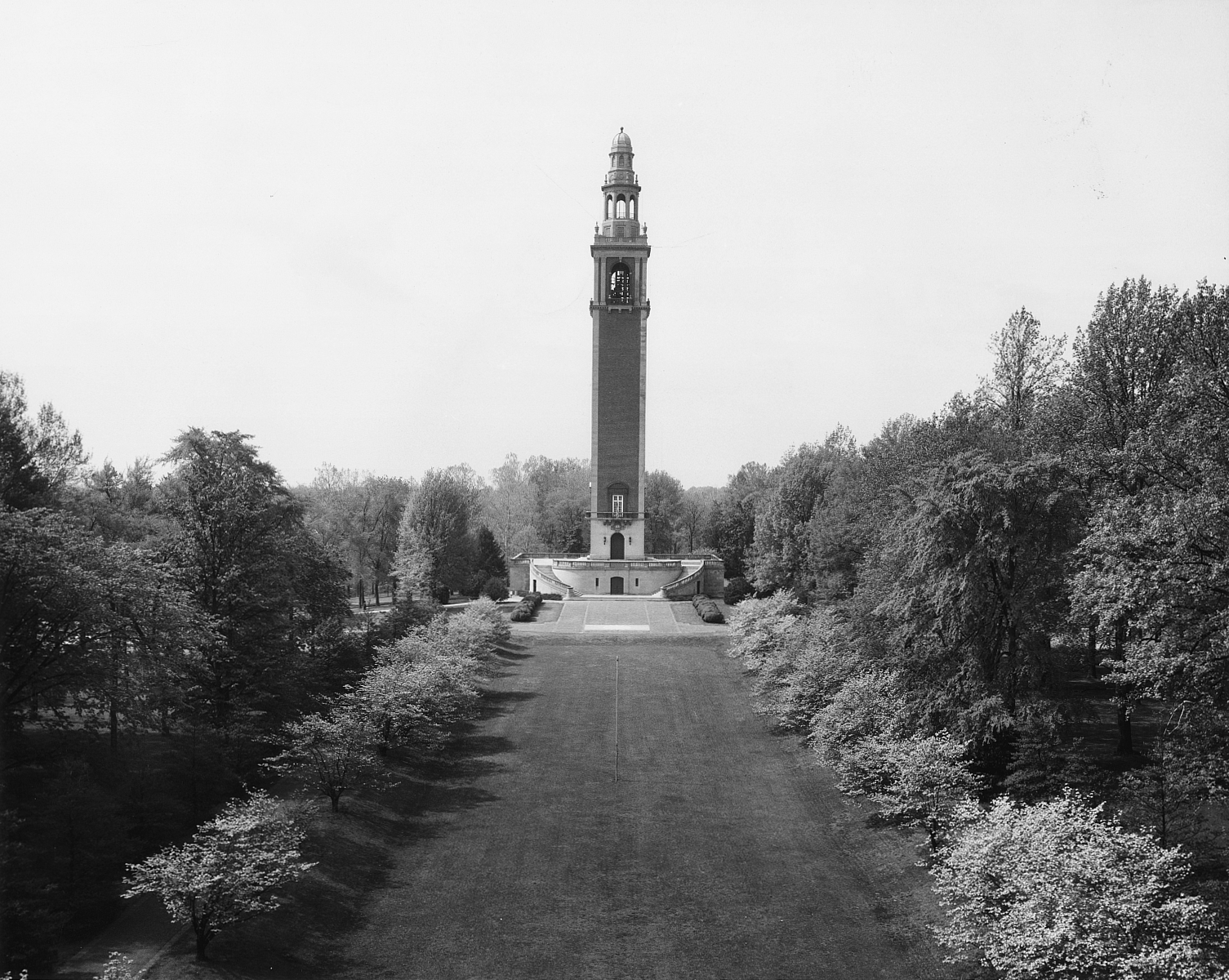 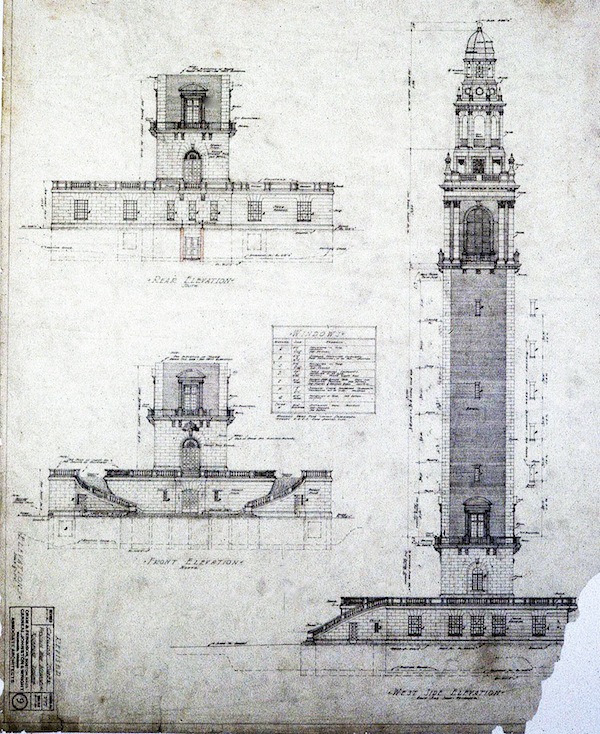 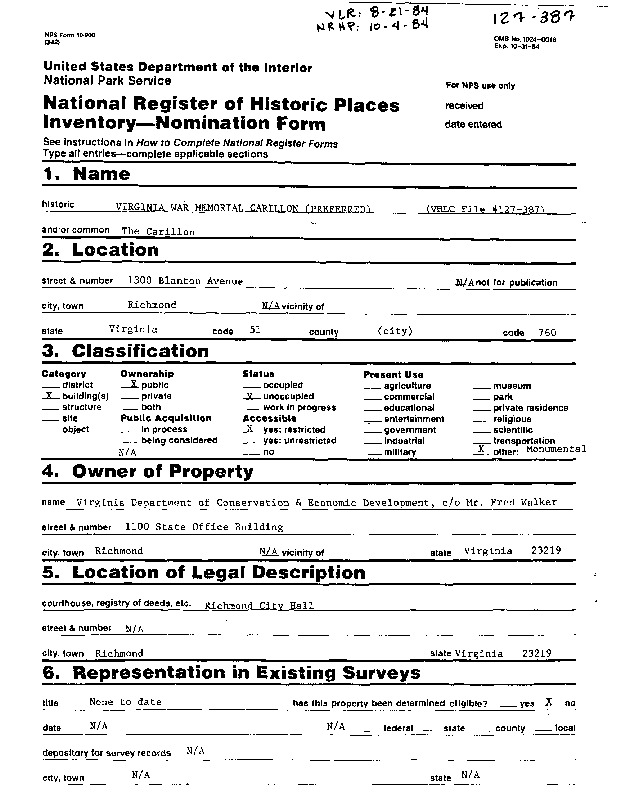 The Virginia War Memorial Carillon is an eight-story tall bell tower designed in the Georgian Revival style. It contains 56 bells and is played on occasions such as Veterans Day, Memorial Day, and July 4. The imposing tower rests on a limestone plinth, the interior of which was used to house a war museum. The edifice dominates the skyline of western Richmond.

Reflecting the patriotic fervor of the time, the Virginia War Memorial Carillon is the sole structure erected by the Commonwealth of Virginia to memorialize the "patriotism and valor of the soldiers, sailors, marines, and women from Virginia" who served in World War I. The concept, design and commission of the memorial were highly influenced by public opinion,and resulting political acts. Although a commission to study a design and site for the memorial was formed as early as 1922, political maneuvering and public campaigns altered the initial design and delayed its dedication until 1932. Designed by the firm of Cram and Ferguson, the building exhibits one of the firm's most opulent examples of the Georgian style, which was chosen expressly because the "Commonwealth of Virginia is the Great Southern exponent of that noble Colonial architecture which has such distinction and essential American quality."
- from the Virginia Department of Historic Resources nomination of the Carillon to the National Register of Historic Places (1984).