Home > The Project > The Team 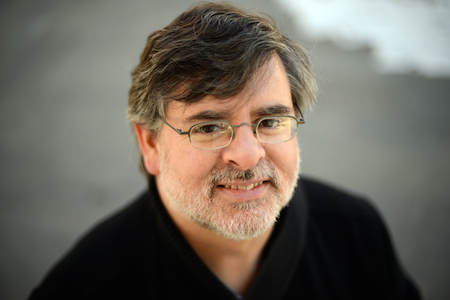 Mark Levitch is an art historian who specializes in the art and visual culture of World War I. After graduating from Yale (political science, 1986), Levitch worked as a State Department intelligence analyst for ten years before attending graduate school for art history (University of Pennsylvania; MA, 2003; PhD, 2008). His dissertation dealt with aspects of French visual culture, propaganda, and commemoration during and after the war World War I. His book, Panthéon de la Guerre: Reconfiguring a Panorama of the Great War (University of Missouri Press, 2006), examined the memory of the war in France and the US through the lens of a French panoramic painting that was exhibited in both countries in the interwar period before being cut up and reconfigured in the 1950s for Kansas City’s Liberty Memorial, the home of the National World War I Museum. He also curated an exhibition about the Panthéon at the National World War I Museum (2012).

Levitch has contributed to two collections of essays and two museum catalogues on aspects of World War I visual culture. An invited article on the US memory of World War I is slated for publication this year, and another invited essay, on the historiography of First World War visual culture, is to be published in 2015. The First Division Museum has supported research on a nearly completed article on Washington, DC’s, World War I memorials. He has received several grants to support World War I-related academic projects, has delivered papers at conferences in the US and Europe, and has given invited talks at Yale, Oberlin, and the National World War I Museum, among other venues.

Levitch started studying US World War I memorials in 2007. His inability to locate a memorial that he was researching, and the grievous condition of others he did find, led him to think about creating a national database. After looking at existing resources and models, he formally established the World War I Memorial Inventory Project as a non-profit in 2012. The Project became a partner organization of the US World War I Centennial Commission in 2013, and Levitch advises the Commission on memorial-related matters. He has been interviewed about the Project for domestic and international press outlets and authored a blog post about the Project for the National Trust for Historic Preservation (also carried by the Huffington Post). He lectures widely on US World War I memorials and the Project.

The Digital Ark (TDAC) is dedicated to preserving, stewarding and sharing cultural heritage by capitalizing on emerging technologies in innovative ways. TDAC represents a diverse team of media professionals whose background and experience spans over 30 years of work in design and production for print, multimedia, 3D visualization and gaming, and film/video. TDAC partners with museums, libraries, archives, universities, and non-profit institutions to create cost-effective and sustainable solutions for the long-term digital preservation and access to their historic collections.http://thedigitalark.com TDAC develops and hosts databases and online digital repositories as well as database-driven collections websites and interactive portals for numerous cultural heritage institutions based on open-source programming languages, and preservation and archiving standards . TDAC also develops geo-positioning applications, mobile applications, and interpretive guides using iBeacons in order to enable these organizations to share and curate their collections in public spaces. These databases also serve as a powerful tool enabling TDAC to optimize workflows and integrate tools which facilitate the design and production of end-products ranging from interactive exhibits, kiosks and dynamic website portals to e-books and printed publications.

Edward P. Coderre, TDAC President and Creative Director, graduated from Rhode Island School of Design with an emphasis on graphic design and photography, and went onto found his own successful design studio. From CD-ROMS to interactive adventure games to media-rich websites, he has pioneered interactive development for companies like MCA/Universal, Apple Computer and the U.S. Naval War College Museum. His interest in archiving and digital collections began over 20 years ago when he worked on archiving projects for NASA, JPL and the Yosemite Photographic Survey. Having been involved with emerging technologies since 1984, he has a strong technical background that allows him to develop cost-effective solutions by incorporating technology in innovative and productive ways.

Diana R. Coderre, TDAC Project & Account Manager, received her B.A. from the University of California at Berkeley and then lived in Paris where she worked for a French developer of database, multimedia and image & design software. With extensive experience in managing media development projects ranging from dynamic database driven websites to interactives for retail environments, she collaborates with non-profit, arts and educational institutions seeking to preserve and share their collections online as well as to engage visitors on-site. Diana’s interest in culture, arts and history is focused on utilizing technology to create innovative ways of captivating and educating the public.

Anurag Spatzenegger, TDAC Technical Director, graduated from HTBLA Salzburg with a degree in Electronic & Software engineering. He started his own web design and development company, creating and implementing custom solutions for a wide variety of clients. He also has a strong background in the world of photography and photo editing, and has managed a photo studio for several years. He is passionate about traveling, clean code, visual design, and media innovation. His development and programming skills include CSS, HTML, Javascript, jQuery, PHP, MySQL, Joomla and Flash; on Linux (Debian/Ubuntu), Mac OS X, and Windows platforms.

Brian Grogan, Director, Photography + Preservation Associates, is a photographer and historian who produces photographs for historic documentation, research, and cultural mitigation. He specializes in historical documentation photography for the Historic American Buildings Survey (HABS), Historic American Engineering Record (HAER), Historic American Landscape Survey (HALS) programs in the Heritage Documentation Division of the National Park Service and has produced thousands of photographs for the HABS/HAER/HALS collection at the Library of Congress and for other historical documentation projects at state, county, and municipal levels. Mr. Grogan has been contracted by the National Park Service and the American Battle Monuments Commission to produce the HALS documentation photography of World War I American cemeteries and memorials in Europe. He is working with the United States World War One Centennial Commission and the Virginia World War One Centennial Committee on centennial activities. Mr. Grogan is also an associate of The Digital Ark.